Showing posts from July, 2021
Show all

27. Tuying Our Opponents In Knots 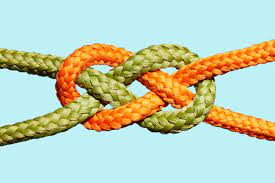 Tuy Oudom, not to be confused with the two Udom's in the team, Keo and Ouch, has been for much of my tenure languishing in the Under 21 and Reserve teams, not pulling up many trees and just another newgen kid with dreams of one day making it into the first team. The untimely departure of Math Fasal, who stormed out after a bust up with me for allegedly not playing him in his favoured Inverted Winger role left me with a problem as to who would start on the left wing. I have two decent young left wingers, Mao Mol and Molly Unmoll, the latter got injured for several weeks in pre season and the former started the first few games. Despite scoring our first goal of the season, Mao Mol failed to impress enough to hold down a regular spot.  At the beginning of the season I had a conversation with my new reserve team manager, Khek Veasna and the name Tuy Oudom came up. Khek had seen something in the boy and suggested I at least included him in the match squad. This season I had promised to
Post a Comment
Read more
More posts